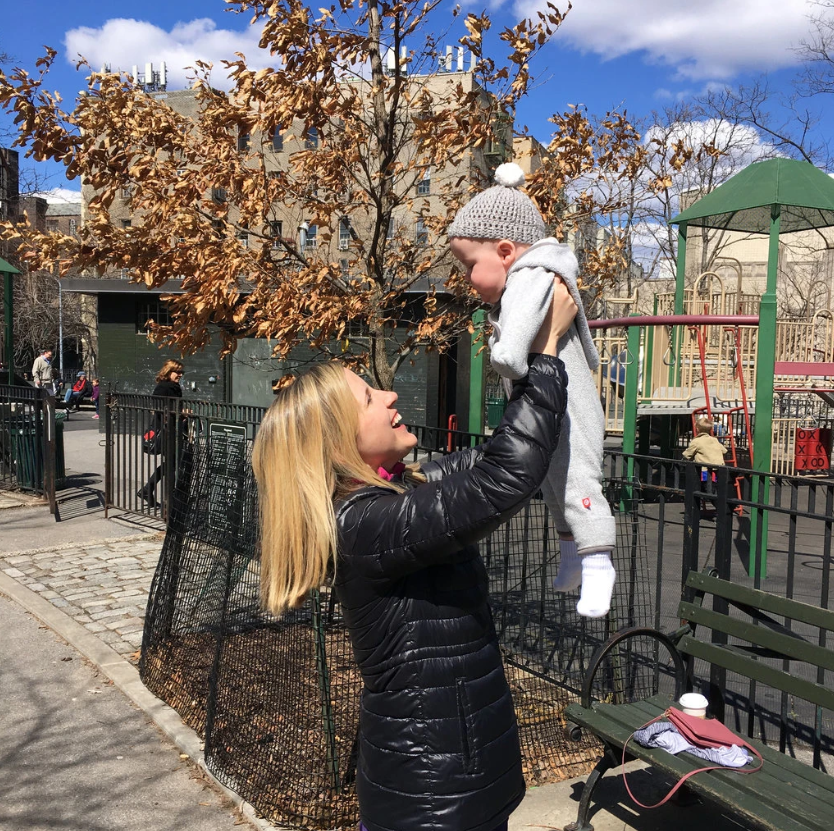 The doorbell rings at our apartment eight times each week, and my son knows it’s time to play with one of his friends. Patricia helps him learn to walk up the stairs. Lauren helps him use both hands to roll Play-Doh. Alaina helps him profess his love for macaroni and cheese.

We have an All-Star team of cheerful and experienced therapists dedicated to helping him navigate the world. It has already changed his life, and it didn’t cost us a penny.

This is Early Intervention, a national program created in 1986 to help children under age 3 who have developmental delays and disabilities. In New York State, where we live, the program serves nearly 70,000 children each year who have conditions like autism, Down syndrome and vision impairment. Some children, like my son, have a mild disability, and others have more serious challenges.

I had a mostly uneventful pregnancy and delivery, and our son appeared healthy. Then at 4 months old, I noticed that he favored his right hand and often held his left in a fist. A night of frenzied Googling found that children his age shouldn’t prefer one hand over the other.

His pediatrician sent us to a neurologist, and an MRI of his brain confirmed that he had had a stroke before he was born. Yes, babies can have strokes. I had no idea. They affect as many as one in 2,300 babies.

Our son’s stroke happened on the right side of his brain, so he has weakness on the left side of his body. The doctors ran a series of tests and couldn’t find an explanation. They said we would most likely never know why it happened.

If you met my son, you might not notice his disability — how he has difficulty using his left arm or wears orthotics in his shoes. At 2, he is walking and talking and keeping up with his peers.

Early Intervention is one of the reasons he’s doing so well. The fact that it’s free, frequent, convenient and high quality has made all the difference.

His neurologist referred us to the program, and he began receiving therapy shortly before his first birthday. My husband and I attend his physical therapy sessions to learn exercises we can do with him on our own. We helped him do “baby crunches” while singing “Row, Row, Row Your Boat” to strengthen his core muscles. We massaged his weak arm and encouraged him to use it by giving us high fives. One day, Patricia appeared with a small metal walker for him to hold while he practiced walking. Our son took his first unassisted steps with her.

We learned about neuroplasticity, the brain’s incredible ability to form new neural pathways. We learned about the proven benefits of constraint-induced movement therapy, when you restrict a child’s strong arm and encourage him to use his weaker one. We joined a Facebook group for the families of children who had pediatric strokes that made us feel less alone.

Before starting Early Intervention, we took our son to a local hospital every Friday for therapy. Our health insurance covered only 50 visits per year, and we had to fork over a $40 co-pay for each session. It was once a week, and we knew he needed more.

Now he receives eight sessions every week: occupational therapy, physical therapy and speech therapy — all for free in our home or at his preschool. I can’t imagine how different his life would be if he were still getting therapy only once a week.

His therapists sent us to a doctor on Long Island who makes special foot orthotics to give him extra support. They built a “Paw Patrol”-themed desk fit to his measurements for art projects. They recommended toys we could use for therapy, like a foam peg board or wooden fruit that he can pretend to cut, and introduced us to an older boy in our neighborhood who also had a stroke.

Not every kid is so lucky. It can be difficult to qualify for Early Intervention. The quality of therapists varies. Families in poorer communities like the Bronx have trouble gaining access to services. As children get older, they can get lost in the system. Navigating the bureaucracy takes a lot of time, and parents who work rigid hours or multiple jobs might give up.

The program also varies from state to state. New York is known for having a good program that is free. In New Jersey, families must pay a fee to participate that is based on their income. Each state sets its own rules and depends on a mix of federal, state and local funding.

Many families don’t know about the program or fail to qualify. More than 350,000 children participate nationwide — about 3 percent of children under 3. But as many as 13 percent of babies and toddlers have delays that could make them eligible, according to researchers. States like Arkansas and Mississippi have among the lowest rates for children receiving services.

There are also racial disparities. Black children who are eligible are five times less likely to receive services than white children are, according to a study by researchers at Boston University.

It’s heartbreaking that so many children miss out because the benefits are clear.

“We have a lot of research on brain development, and we know that children learn a lot in those early years,” Christina M. Kasprzak, an expert on Early Intervention at the University of North Carolina, told me. “It’s the time when families can support their child to help them grow in significant ways that will affect them for the rest of their lives.”

It’s also cost effective. Children can gain enough skills to catch up with their peers and might not need services later, Kasprzak said. Others become independent enough to work and give back later by paying taxes themselves.

The program could go even further. Our son attended a four-week summer camp in New Jersey dedicated to intensive constraint-induced movement therapy. The camp has such a great reputation that some families travel from halfway around the world to participate.

Our son loved camp and started using his left arm more, but it was expensive for us and Early Intervention doesn’t cover extra therapy like this. Imagine how many children would benefit if the government paid for these high-quality programs.

Some parents are also reluctant to have their child evaluated for Early Intervention because it means acknowledging there is a problem. I admit I was relieved when our son didn’t qualify the first time he was evaluated because his delays were considered too minor. He was accepted only after we had the MRI results. Instead of feeling comforted, I should have been angry about having to wait, which denied him months of critical therapy.

If you’re worried that your child has delays, I would encourage you to seek out Early Intervention services and to ask for recommendations to find the best therapists in your area and a good service coordinator, the person who oversees your case.

It was difficult to hear that our baby had a disability that would affect him for the rest of his life. But with the help of his therapists, we’re optimistic that our resilient son will have a full life. 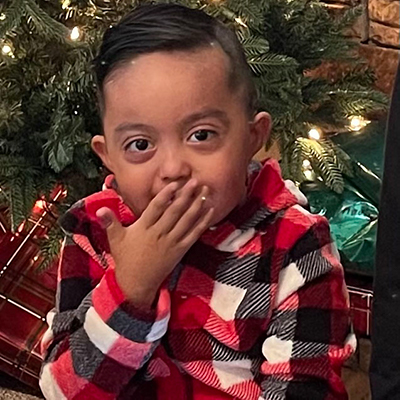 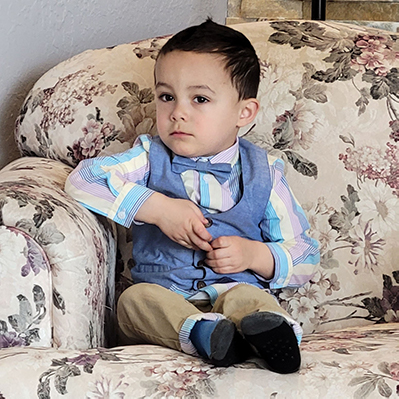