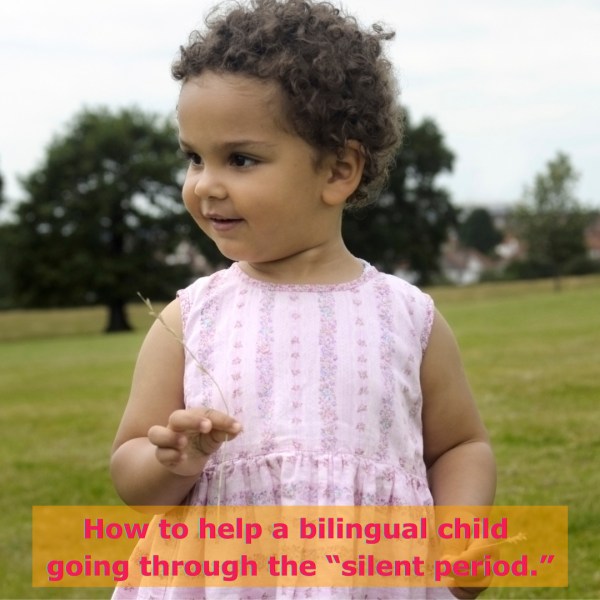 What is the “silent period” and why is it important?

The Silent Period is a concept developed by Stephen Krashen and it simply refers to the period before a child starts speaking a second language in which he or she spends time watching and listening to people using the language. During this time, it might appear that your child is just passively sitting there or that he or she is showing a language delay. In fact, although the child is not verbally participating or interacting with others, or rarely does so, she or he is actually absorbing the structures and vocabulary of the second language. Learning is definitely happening and their brain is certainly working hard!

This stage of second language learning is also called the pre-production stage. The silent period is a crucial time that must happen before a child can speak another language; our brain must learn to process things before we can speak. The length of the silent period varies from child to child, depending on different factors like personality, culture background, support received, etc. But, no worries! Your child will speak when he or she is ready! Studies show that the secret to a child learning a second language is the frequency in which that child is exposed to the new language.

Do not worry, there is help! Here are some activities to help during the silent period:

Repetition and Labeling: Talk to your child as much as possible. Describe what you are doing throughout the day. Label and emphasize main objects and/or actions in both languages. For instance, if you are teaching your child Spanish, you might say “Oh, you want the blue car, el carro azul, the blue car”.

Singing and Reading in Both Languages: Sing simple songs and fingerplays in both languages. Do the same actions for both. For example, “The Itsy, Bitsy Spider” or “Happy Birthday to You!” have versions in other languages. When reading, point at simple pictures and label them in both languages. You may also find a variation of bilingual books at your local library.

Modeling During Play: Play pretend with another family member like waiving and saying “Hi” in both languages, or eating different items as you name them in both languages. Use exclamation in your voice and include different sounds and expressions used in the two languages. For example, in Portuguese, you may say, “Mmmm, yummy”, “Que gostoso!”

Support Your Home Language: If you live in the United States and your home language is something other than English, focus on using mostly your home language. This is an important concept since your child will have plenty of opportunities to be exposed to the English language (school, friends, TV, etc.)

Helping bilingual children go through the silent period can be an arduous task. However, with the proper support and strategies, it will become an easier thing—part of your daily life. Have fun with it! Enjoy those magical learning moments with your little ones. Then, learning a second language can be a rewarding experience. 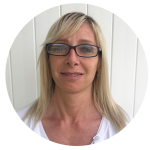 Holly BushnellHow to Help a Bilingual Child Going Through the “Silent Period”09.18.2020