After a weekend of getting and gifting, Tuesday marks a bit of a kick-off for the giving side of the holiday season.

Giving Tuesday is a national movement that promotes donating to local and national charities. Also known as #GivingTuesday, the day started in 2012 as a way to encourage people to get involved in their local communities and donate time, money or resources.

For the small team behind Kids Who Count, a Salem nonprofit, this is their first year participating in #GivingTuesday. Kids Who Count serves children in the Nebo School District area with early intervention programs for those with developmental disabilities. The organization is new to fundraising, as it has held a federal early intervention grant since 1986, which helps provide the needed services. Because of Utah’s growth in the last few years, though, the organization needs additional funds, says Kelsey Lewis, executive director of Kids Who Count.

“The number of children needing services exceeds our capacity. In the past five years we’ve seen a 40 percent increase in the number of children we’re serving,” she said in a phone interview last week, explaining that the resources from the grant have remained fairly static during that same timeframe. “We’re looking for ways to scale up our program to better match the needs of our community.”

Lewis said they are hoping to raise funds to expand their autism program, offering more therapy for longer periods of time. They have also outgrown their building at 345 N. State Road 198 in Salem, and hope to remodel and expand it.

Lewis said Friday early donations to the Kids Who Count campaign had already hit about $1,000. She is hoping to reach $5,000 by Tuesday.

“But it doesn’t have to happen all on Giving Tuesday. If we can create some awareness in the community with this, that would be good. We need community support for our programs to continue to make it happen,” she said. “It will be fun to see how this first campaign goes.” 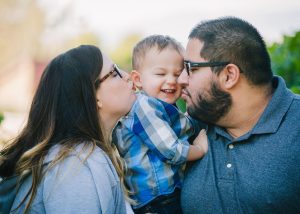